Follow along via RSS to keep up with my writing. 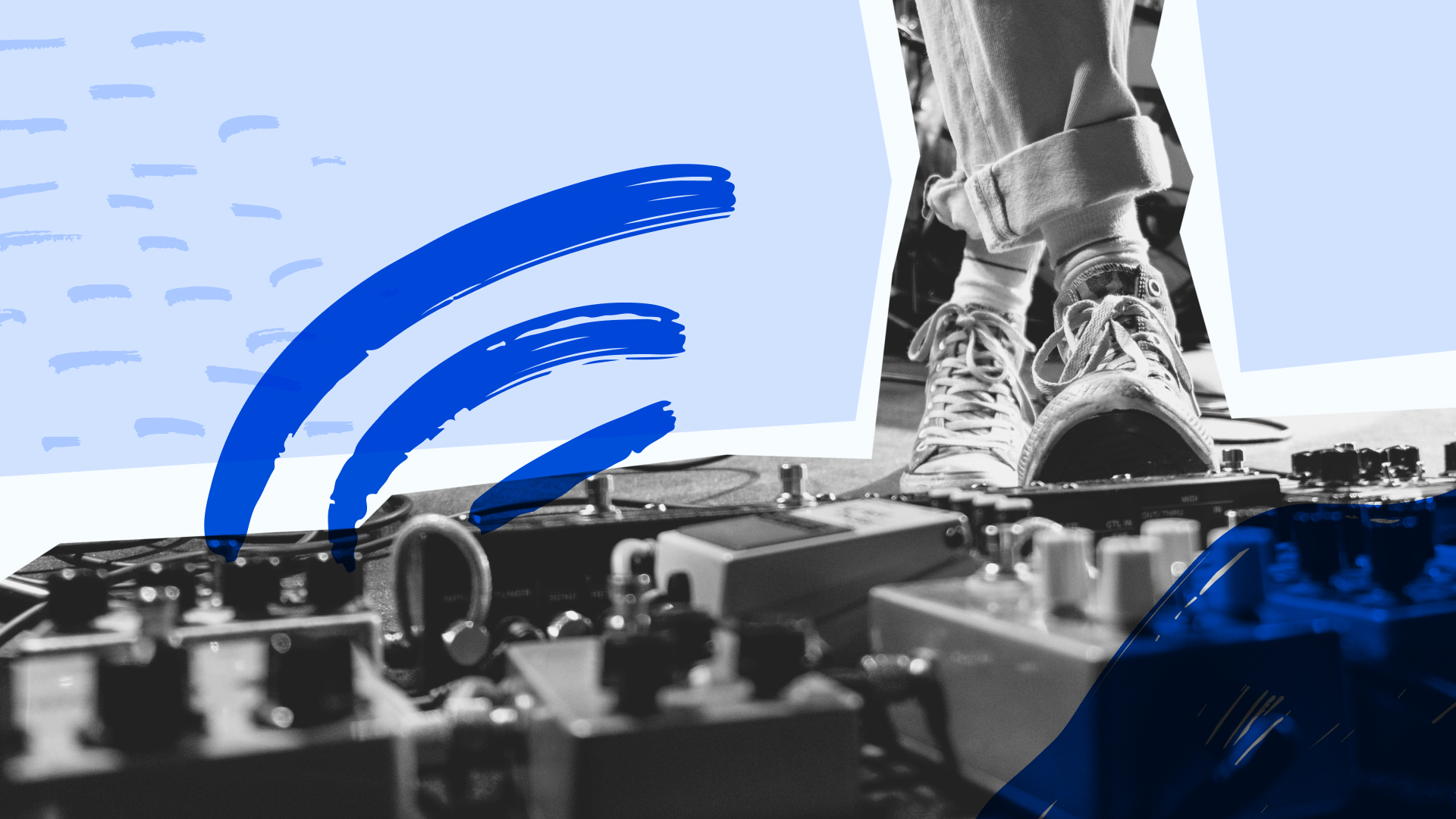 I got to see one of my favorite bands, Big Thief, in concert last weekend. As is typical for me, I got to the show early, grabbed a beer, and chilled while I waited for the opening act to take the stage. If I’m being honest, I got there a bit too early, and had plenty of time alone with my thoughts and beer before the music kicked in…

For some reason, I started thinking back on all of the concerts I’ve seen throughout my life (and some of the shows I’ve put on, too). After a while, it dawned on me that concerts and marketing—content marketing in particular—share a lot of parallels. Especially when it comes to bad concerts and shitty content. Naturally, I started jotting down some thoughts in Apple Notes, which I’m expanding here. Let’s rant.

The golden rule of live music is: Don’t bore your audience.

The same goes for content and marketing. People pay good money to see shows, and have one thing in mind when they buy tickets—they want to be entertained. It can be the visceral, clubby, sweaty, bass-heavy kind of entertainment, or the more cerebral, intricate kind. But whatever kind of show you’re putting on, you better not bore your audience, because that’s what they’ll take away from the show. Think they’re going to buy tickets the next time around?

People might be paying for your content with their money, but are more likely doing it with their time and attention. If you’re not hooking them in and providing some entertainment along with whatever education you’re providing, they’re going to get bored and won’t visit again. Which means they won’t be buying your product or service, either. Tell a story, share something interesting, and make sure people leave less bored than they arrived. Make them remember you for good reasons.

One of my biggest pet peeves is when musicians spend more time interacting with one another or their sound people than with the audience. I’ve seen shows where every other word between songs was some take on “Can I get some more snare in my mix?” without so much as a “Thanks for coming!” for folks at the show. It’s finicky and frustrating and amounts to a bunch of time spent on inside baseball instead of building a connection with the wider audience.

As a musician and audio engineering nut, it can be fun to see musicians focus on the random stuff I care about. But not everyone in the audience is trying to see what pedals made the cut, or what kind of compressor the vocals are running through. It impresses a few but alienates pretty much everyone else.

The content marketing corollary is using too much jargon or speaking to the wrong audience. It’s alienating to people and usually only acts as a gatekeeper to people who would otherwise be interested in what you have to say. If you have to talk inside baseball, try to make it as accessible, inclusive, and short as possible. Recognize that there’s a wide range of skill levels, backgrounds, and cultures in your audience, and spend time engaging them as opposed to the other inside marketers you’re trying to impress on Twitter or LinkedIn.

Don’t Skimp on the Bass

Live shows live on bass. It’s the part of the frequency spectrum that people feel. Even for acoustic shows or lighter music, the bass is there to help build a gut-level connection with the audience. It’s the good stuff.

So, it sucks to see a nice bass rig on stage and not be able to actually hear or feel it in the front-of-house mix. It creates a disconnect—the audience can see all that gear, but they can’t experience it.

Too many content marketers promise good stuff but never deliver it. Click-bait titles followed by a bunch of platitudes and drivel, or colorful, dynamic video thumbnails in front of bland stock footage with a boring voice over… When you’re making content, you’ve got to deliver the goods: A compelling story, useful information, and actionable, practical takeaways. Don’t skimp on the bass.

Don’t Take It Easy on Stage

I can think of a very specific show where the artist got up on stage and said, “We’re just taking it easy tonight.” On a Saturday night, to a room full of thousands of paying fans looking to let go of the week they just had. While there were a few claps of support, there was also a tangible whiff of WTF.

I know: Live music is hard. Touring is hard. Making a living as a musician is damned near impossible. But the time spent on stage is not the time to take it easy. No one’s there to see that. They want to see the show they’ve been promised in YouTube videos and on the album. You can take it easy after the show.

Guess what? The same goes for marketing and content. No one wants to see a video or read an article that is clearly phoned in. You need to do the research and do the work to make something compelling. If not, your audience won’t be sticking around for much longer—or they will begrudgingly, which is what I did the rest of the night at that show.

In honor of not being boring, I’m going to end the rant there and tell you about one of the best shows I’ve ever seen.

It was 2004. I was a senior in high school and my usual concert-going friend (👋 Kristen!) and I went to see The Darkness at Clutch Cargo’s in Pontiac, MI. Yes, that The Darkness. The one’s who sing the ultra-catchy I Believe in a Thing Called Love. Clutch Cargo’s is in an old church, it’s small, kind of dive-y, and awesome. But it’s definitely not where you’d expect to see one of the best shows of your life.

The Darkness proceeded to blow everyone’s mind with one of the most energetic performances you can imagine. Brothers Justin and Dan Hawkins traded virtuoso guitar licks and face-melting solos, complete with feet on monitors and stupid faces. Lead singer Justin had multiple costume changes. At a small club. In Michigan. One of which involved an outrageous feather boa tail that had to be six feet long. Jumpsuits, sequins… you name it, he wore it.

The night was capped off with something like a 15 minute long guitar solo from Justin played while riding around the audience on the shoulders of one of the local security guards, affectionately known as the “X-Men.” It was absurd and beautiful. Most importantly, it was utterly memorable.

Be more like The Darkness and put something memorable out into the world, no matter how big (or small) the audience.

What’s the most memorable show you’ve ever seen? Email me and let me know. 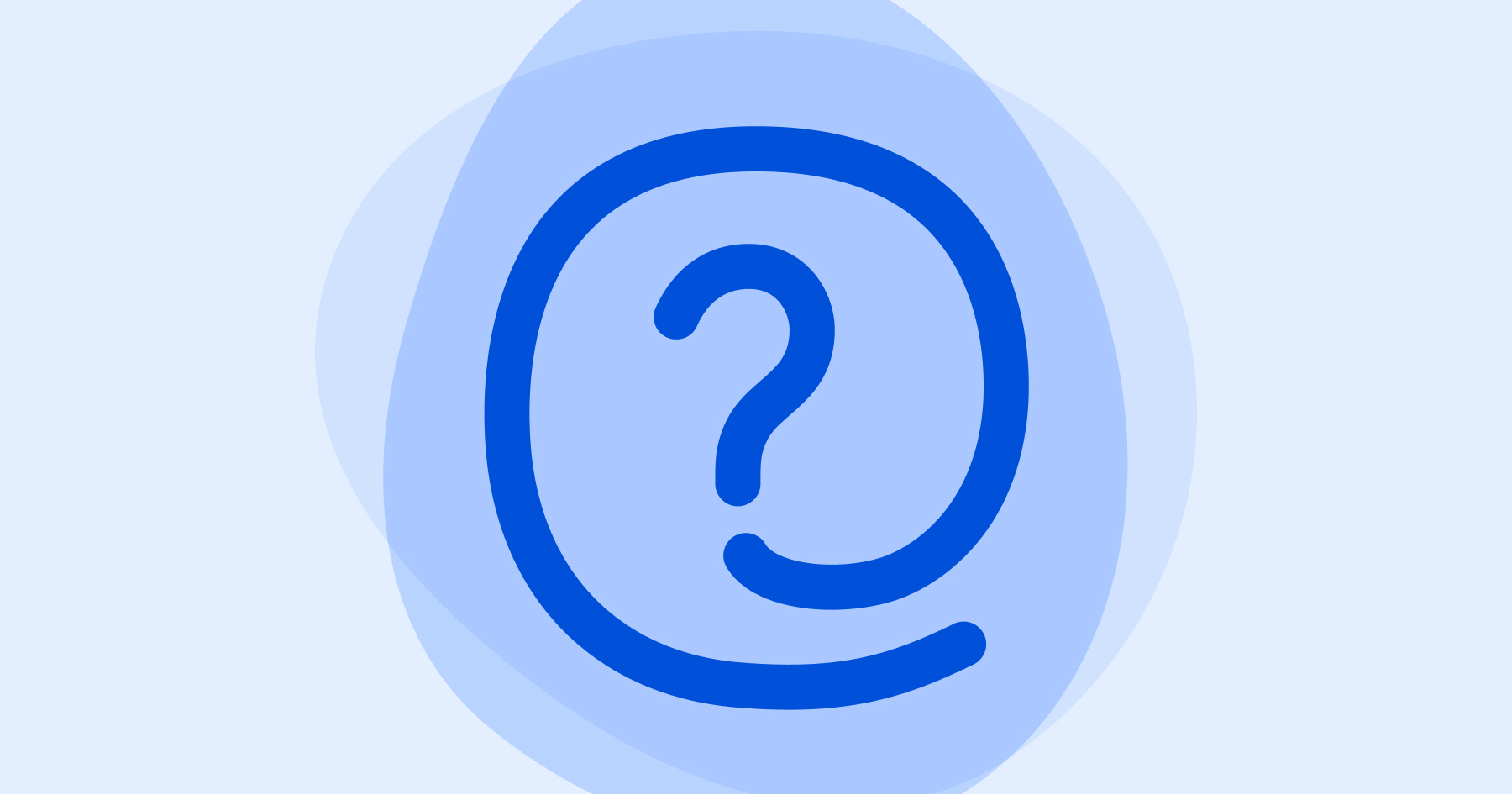 It started off innocently enough: I needed a lead magnet for an email list I was planning on building for The Better Email. My first thought was to do a glossary of 50-ish email marketing terms as a PDF, maybe 2-3 pages at most. I had a spreadsheet going but wanted some more terms. Naturally, I reached out to my email friends on Twitter and in the #EmailGeeks Slack group.

That’s when the suggestions started rolling in…

I quickly realized, once I got up around to a 100-ish terms that a PDF wasn’t going to cut it. It would be unwieldy at best to read through. Isn’t that great for searching. A pain to keep updated. And, quite frankly, I was doubtful that a glossary would be that great of a lead magnet to begin with. I can do better than that.

But, I still wanted to put a glossary together and get it out to the community to help lessen some of the confusion around email marketing and all of its acronyms and jargon.

So, I did what any self-respecting designer would do: I started to build a website.

More than a few hours later, I had built out The Email Marketing Glossary.

The Email Marketing Glossary is exactly that—a big ol’ list of email marketing terms, their definitions, and (in a lot of cases) links to resources to help provide additional information for curious folks. At the time of writing, it currently has 121 terms and definitions. To be fair, a few of those are fillers since I hated not having some letters of the alphabet have terms. Still, that’s a lot of definitions I had to pull together.

It’s necessarily a loooong page, but I put a handy bit of navigation to jump to specific sections. Using ⌘+F can be helpful, too. At some point, I might add some JS-powered search…

The cool thing is that it’s easy to update. It’s a Jekyll website, with terms consisting of markdown files with a bit of specific frontmatter that’s pulled into a template. And it’s all up on GitHub in case y’all want to help contribute. It’s easy, plenty of instructions there.

And a special thank you to Caitlen Berg for her quick proofreading and awesome suggestions for making the glossary better.

Something New from The Better Email

I released The Better Email On Design back in 2017. Since then, it’s helped email professionals around the world design, build, and test amazing HTML email campaigns. It’s also led a lot of people to ask for more email guides beyond just design and development.

Today, I’m excited to announce the next two guides from The Better Email: On Accessibility and On Marketing.

The Better Email On Accessibility is your guide to answering the question, “How do I make email campaigns that work for everyone?” Whether it’s strategy, copywriting, and using inclusive language or designing and coding for people with different abilities and assistive technology, The Better Email On Accessibility will walk you through the steps needed to keep your email programs accessible, inclusive, and compliant.

The Better Email On Marketing is the comprehensive guide to the concepts and best practices behind successful email marketing that you always wanted. It walks you through the different types of email marketing, the laws you need to understand to stay safe, and the strategies, tools, and workflows used by the most successful marketers in the world. Plus, it gives you frameworks, checklists, and resources you can apply to your campaigns to get the most out of your email marketing—and make happier subscribers and customers in the process.

Both feature what you’ve come to expect: high-quality, comprehensive PDF guides, video tutorials, and plenty of resources to apply to your own email marketing campaigns and programs.

On Accessibility will be released in May, with On Marketing following in July. Both are available for preorder today, saving you $30 and giving you access to everything as soon as they launch.