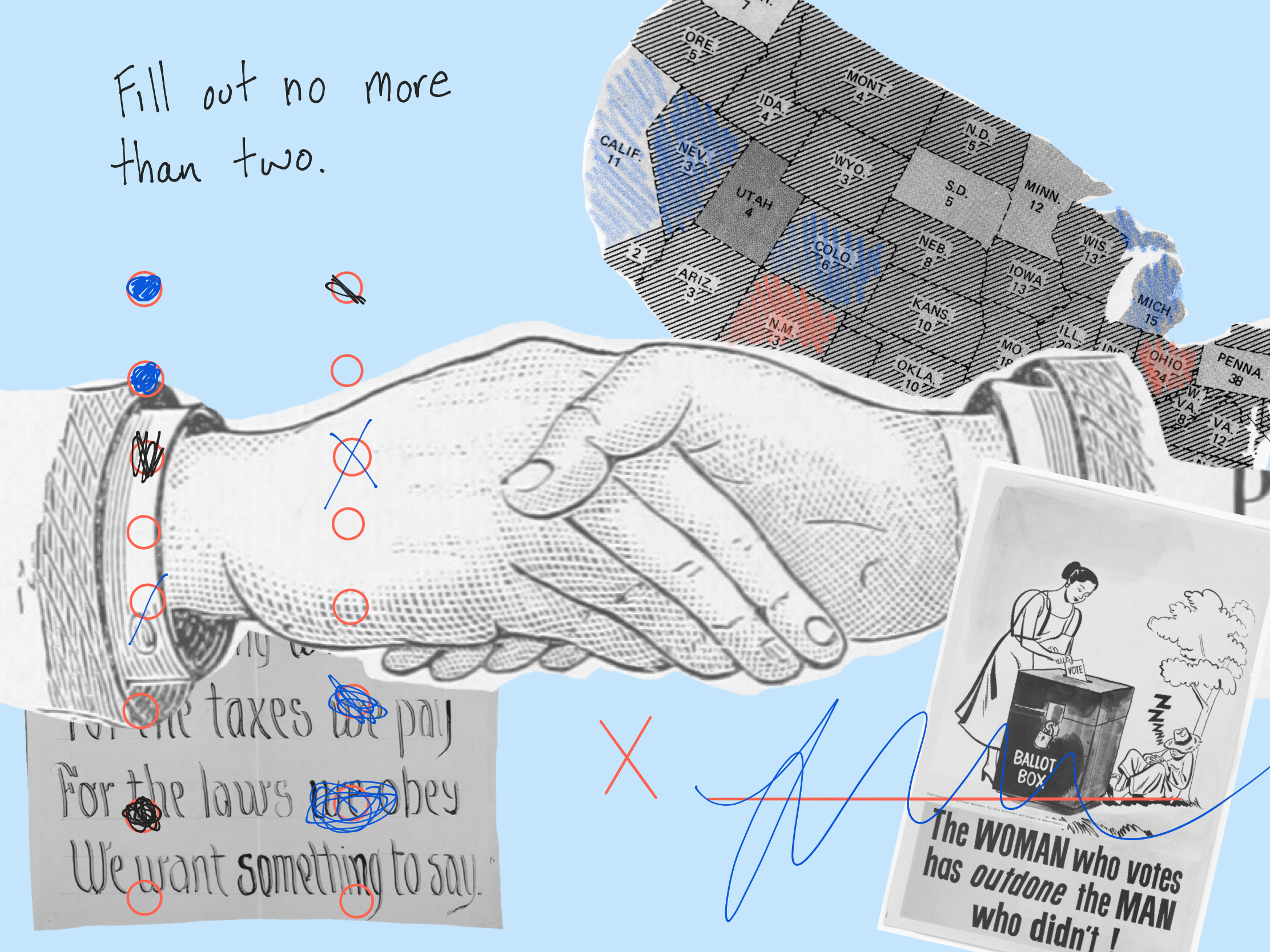 On Tuesday, November 3rd—Election Day—I woke up at 5:30am, showered, got dressed, and drove a cold mile to the Livonia Senior Center where I joined a group of dozens of volunteers to help run the 2020 election.

24 hours later, I was (thankfully) back in bed.

What happened during that 24 hours? Adjudication, of course.

Put simply, adjudication is the act of passing judgement on something. Although adjudication happens throughout various areas of law, in the case of an election, adjudication means something special.

It’s the process by which citizens judge ballots that were rejected by electronic ballot machines to determine:

It’s terribly consequential work and helps ensure that as many votes as possible can be counted and, if they can, are counted properly.

How does adjudication work?

Adjudication is a new process in our city, first implemented in the 2020 primary back in August. Before adjudication, if ballots were rejected by the electronic ballot machines, those ballots were spoiled wholesale and no votes were recorded.

With the introduction of adjudication, though, fellow citizens can help determine why the ballot was rejected, if it can still be counted, and what those votes go towards.

When you go to your polling location and vote in-person, your ballot may be rejected by the machine. But, since you’re physically there, you can spoil it, grab a new one, and get your vote in without too much trouble. For those voting absentee, they don’t have this luxury. Since they are not present when their ballots are counted by the machines, they can’t fix any issues to ensure their votes count.

Hopefully you can see how important adjudication is, then. Especially since damned near everywhere around the country saw record numbers of people voting by absentee ballots.

In Livonia, absentee ballots totaled around 45,000. That means, that starting around 6:30am on Tuesday, volunteers had to pre-process, sort, submit, adjudicate, and account for all 45,000 of those ballots.

Yes, it took a full 24 hours to process 45,000 ballots. 24 hours with dozens of people foregoing work, school, election updates, time with their families, and sleep. Keep that in mind the next time you get frustrated at how long it’s taking for counties to release vote totals.

The process by which it all happens is slow but pretty cool.

Ballots were brought in by the City Clerk, Susan Nash, and her staff. Livonia citizens then sorted ballots by precinct, sliced open all of the security envelopes, unfolded the ballots, and bundled them in stacks of (I believe) 25 ballots.

Those ballot stacks were then brought to one of six electronic ballot machines, depending on the originating precinct. Trained volunteers and staff then fed those ballots through the machines, clearing any jams and addressing any issues as needed, before packing each stack in secure lock boxes provided by the city.

If, for whatever reason, the ballot machine couldn’t determine who voted for what on any particular ballot, the ballot was sent to one of three adjudication stations which consisted of a vertical computer monitor loaded with custom software purpose-built for judging those ballots. The adjudicators would then review scans of each ballot, determine whether or not specific sections could be counted, and manually input the correct votes (or rejections) on a per-ballot basis before submitting the final ballot for counting.

Why are ballots rejected?

Before going through the adjudication process, I didn’t realize how many ballots got rejected or the reasons for those rejections.

Ballots are typically rejected for one of three reasons:

It’s the adjudicator’s job to figure out those issues and try to get them sorted in the software so that votes get counted.

The cool part about adjudication (apart from helping people’s votes actually get counted) is that it’s a joint effort from the opposing political parties. Our adjudication team consisted of 12 people. Six of us from the Democratic party, six from the Republican side. Additionally, there were a number of election challengers watching over our shoulders, documenting our decision making process, ready to submit reports to their party in the case of disputes or shady dealings.

All of the adjudicators were Livonia citizens, ranging from their early 30s to their 60s. Livonia is an overwhelmingly white community, so I was sad to see only one person of color on the team. That being said, it was clear after 24 hours that we came from fairly diverse backgrounds, education, and vocations. Most of us had kids, which provided plenty of discussion opportunities, but we lived all over our city’s 36 square miles. There were a few educators, an IT professional, some retirees, an insurance agent, two marketers, a writer, an engineer, and even a former City Council member involved.

While I knew the Democrats (Hi, Chris, Carrie, James, Carl, and Jeff!) through my involvement with the Livonia Democratic Club, it provided the opportunity to get to know our Republican counterparts through the course of 24 hours. 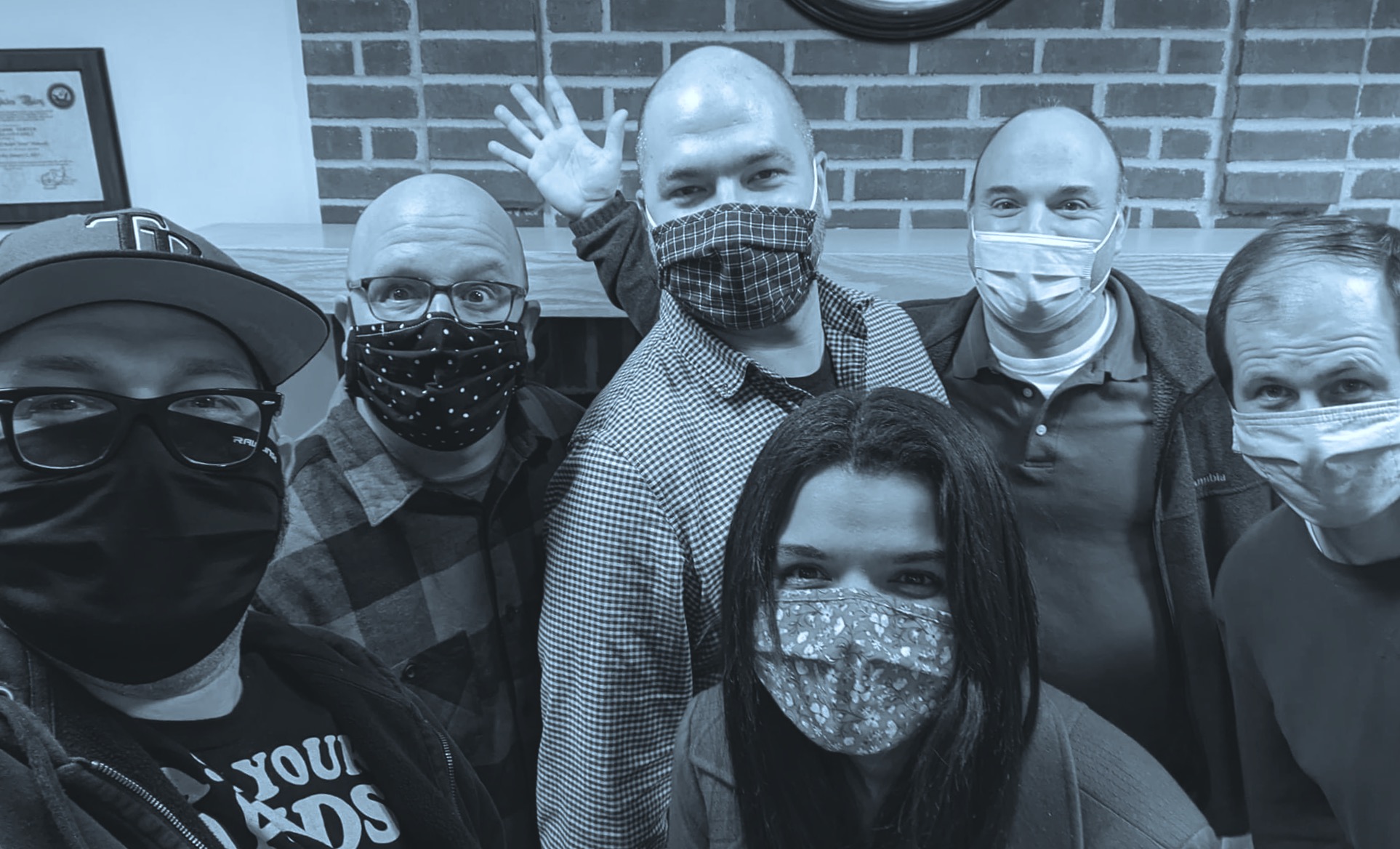 What I Learned About Elections Through Adjudication

I have to say that, as consequential as the work is, it’s terribly boring most of the time. A lot of time is spent waiting for ballots to get processed and counted. And 24 hours straight of waiting around in uncomfortable chairs with no sleep can be very trying. But looking back at the experience with a few days’ hindsight has led me to a few lessons worth noting.

People Are More Civil Than You Think

Going into adjudication—especially with the 2020 political atmosphere in mind—I fully expected there to be plenty of disputes, arguments, and challenges throughout the day. Quite frankly, I expected to make a few enemies, too.

But what I made (as corny as it sounds) is a bunch of new friends. Everyone was very civil, respectful, calm and collected, and curious about each other, our experiences, and how they weigh into the adjudication process. Although there were a few times when I got annoyed by small comments from particular folks, it was an incredibly smooth process that not only allowed me to help my fellow citizens’ votes get counted, but connect with people I’d probably never meet in everyday life.

There’s Not Much Room for Voter Fraud

It also taught me that—despite what ill-informed people say—there is little to no room for voter fraud in the 2020 election. Simply put, there are just too many people paying attention for voter fraud to happen. Even with absentee ballots.

In Livonia, there were dozens of people watching the process and a very smart, capable, and tenacious City Clerk running it all. And, since all of those people chose to be there, you can count on them being at least a little more committed than the average citizen to the idea of free and fair elections.

Granted, this might be due to the fact that I live in a very privileged, relatively well-funded community, but I don’t see how there could be widespread voter fraud like Republicans—led by Donald Trump—claim on an hourly basis.

Anyone saying that election fraud is a concern in 2020 is doing so because they themselves haven’t worked an election. If they did, they’d shut up.

We Need Agreed Upon Principles

I firmly believe that the United States is in such dire straits because we’ve collectively lost our shared principles. Yes, a lot of those principles turned out to be bullshit completely undermined by things like economic inequality and systemic racism, but so much of our struggles are a result of polarization and our inability to agree on—what I would consider—some foundational principles like democracy, decency, science, equity, kindness, and doing no harm to others.

I said that I was surprised at how smoothly adjudication went. I think that is largely due to the fact that we agreed on some principles before we started looking at ballots. Before we even stepped into the room, one of the Dems, Christopher Lee, started a conversation about what should and shouldn’t count as a vote. Through discussion between both sides, we came to a collective understanding that bubbles filled in at least 20% would count as a vote, as well as some basic guidelines for determining the intent of the voter.

I absolutely believe that, if we had not spent the time agreeing on those guidelines, then we would have run into far more serious issues.

Everyone Should Work Elections If Able

Finally, my time adjudicating gave me an inside look at the election process. Before Tuesday, I didn’t realize how any of it worked beyond me filling in some bubbles, dropping a ballot in a box, and anxiously refreshing NPR.org to see the results hours later.

It honestly opened up a whole new world of understanding for me. And I think it would do the same for everyone else, too. I realize that not everyone can volunteer for elections for a host of reasons but, for those who can, I strongly encourage you to do so to learn more about how our country works and, more importantly, to help ensure that it keeps working and that every vote actually, truly, counts.